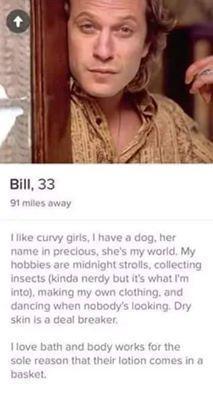 How not to come off as creepy in your profile

Using online dating to cope with a break up

When asked, the thing that hurts most people the most after a breakup is the loss of intimacy. The partner they lost is secondary to the relationship they shared with them, so many people immediately take to online dating in order to restore that sense of lost intimacy. While this might be a good step in the right direction, there are some things that you should know before you dive right into a new relationship.

There is always a period of mourning when a relationship ends, and you should take stock of why it ended and why it failed. If you dive right into a new relationship, you run the risk of making the same mistakes again with a different partner. That’s not the end of the world, but you’re not growing from the experience either. The aftermath of breakup is a great time to spend some time doing things you wouldn’t otherwise be able to do, like (for instance) online hookup sites.

You don’t need to jump right into a new relationship after an old one ends. Carrying the emotional baggage of the last partner into a relationship with the next partner isn’t fair to the new partner. If you’re still pining for the girl who came before, making an emotional commitment to another girl is going to leave her feeling hurt and betrayed. Even if your intentions are pure, your heart is still in the wrong place, pining for the ex.

One happy medium that actually works when dealing with a breakup is online swinger sites and hookup dating sites. No one there is looking for Mr. Right or the future father of their children. All they’re interested in a is a little kinky fun and a new friend (with benefits). This can work to your advantage so long as you’re in a place where you can still have a good time.

If you’re not in a place where you can still have a good time, then it’s all the more reason to use that time wisely.

Exercise, especially cardiovascular work can really help pick up your mood. It’s one of those things that’s good for its own sake and still has many benefits. One of those things is increased energy and a general sense of well being. Exactly what you need, right? It’s important during this process not to give into depression. Depression is a vicious circle because once it starts it begets more of itself. It can accumulate because of how people behave when they’re depressed. Getting out there and running or lifting weights will help make you physically healthy, and that will then translate into emotional health too. Sitting around and moping on the other hand will only lead to more depression.

What to say to women

While it’s ok to talk about your reasons for trying sex dating to your dates, you don’t want to make it a major part of your narrative or mention it in your profile. It’s kind of a red flag to girls that you’re going to be a clinger. You’re going to want to play it off like you’re just like them. Someone who’s interested in casual dating. You were in a long term relationship before but that didn’t work out so now you’re doing this. Who knows what the future brings? You don’t want to get hung up on the relationship, or the girlfriend, or what she said that pissed you off, or why she slept with your friend. They don’t care. You might care, but they don’t. They want to have a good time not be your free therapist. Once that starts happening you can kiss any chance of getting laid goodbye.

Too many dudes who feel like their girlfriends dicked them over come out with these dating profiles that sound like they’re Ted Bundy’s kid brother. They do that by emphasizing that they’re looking for but in their minds they’re thinking of the ex they hate and stating all the qualities that are the opposite of her. Then they see one of her friends online and they send her a message like “Hey. How’s it going. Me and so-n-so broke up. Now I’m alone. How r you?” Meanwhile the ex’s friend is screenshotting their disturbing profile and showing it to they ex while they all have a good laugh. Don’t be that guy.

How To Improve Your Sex Life Without Leaving The House

How To Make An Online Dating Profile To Attract Nearby Singles